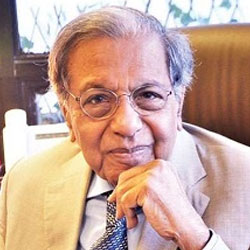 Mr. N.K. Singh is a prominent Indian economist, academician, and policymaker. He is currently Chairman of the 15th Finance Commission, a body established under the Indian Constitution to oversee revenue sharing and other federal fiscal policy matters. Prior to this position, he presided as Chairman of the Fiscal Responsibility and Budget Management Review Committee (FRBM), responsible for setting targets for the government to reduce fiscal deficits. He also served as a member of the Upper House of the Parliament, the Rajya Sabha, from 2008 to 2014, during which time he contributed to several prominent Parliamentary Standing Committees including the Public Accounts Committee, the Committee on Foreign Affairs, and the Committee on Human Resource Development.

Mr. Singh had a long and distinguished career as a member of the Indian Administrative Services before his entry into politics and fiscal policy leadership. He served as Expenditure Secretary, responsible for overseeing the public financial management system in the Central Government and matters connected with state finances; Revenue Secretary, responsible for exercising control in respect of matters relating to all the Direct and Indirect Union Taxes and putting together ‘dream budget’, Secretary to the Prime Minister of India, among other senior leadership roles. As a member of the erstwhile Planning Commission, he was heading the Expert Committee on Power Sector Reforms, introduction of renewable form of energy as well as the important committee on Foreign Direct Investment to India. The responses to these recommendations opened India substantially for larger foreign equity flows. He was part of the core group of advisors and strategists during India’s economic reforms of 1991. He was principal interlocutor for negotiations with the World Bank and the International Monetary Fund (IMF) for structural adjustments, loans and Balance of Payment support instrumentalities.

Mr. Singh brings a wealth of national and international experience to the table, having interacted closely with multilateral organizations such as the World Bank, IMF, ADB, and OECD. His early work as First Minister, Economic and Commercial, Indian Embassy, Japan (1981–85) and subsequent contributions to the international economic order were recognized by the Emperor of Japan with the award of the “Order of the Rising Sun – Gold and Silver” in 2016. The Japanese order is the second-highest civilian award accorded to people with distinguished achievements in the field of international relations, promotion of Japanese culture, development in welfare or preservation of the environment. He was the only Indian in the list of recipients of 2016 Spring Imperial Decorations.

On the academic front, he is a Member of the Governing Board of the Nalanda University and Chairperson of its Endowments Committee. Mr. Singh has been a recurring eminent guest lecturer at prestigious academic institutions and Universities like Columbia, Yale, Stanford and the London School of Economics.

Mr Singh is also a published author with several prominent books to his name. “Politics of Change”, an insight into India’s politics and economy, provides incisive insights into the realities of coalition politics and international fault lines. “Not by Reason Alone,” comments on the past and present of the politics of change and “The New Bihar: Rekindling Governance and Development”, is a collection of perceptive essays on the Bihar model of development. He has been a reputed columnist in leading Indian newspapers including the likes of Hindustan Times, Hindustan, The Indian Express, The Hindu, and Mint.

He is currently working on his Autobiography which is likely to be published in December this year which will bring out more vividly his 40 years of engagement in policy making. 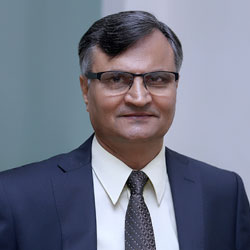 Prof. Ramesh Chand is also a Member of the:

Prof. Ramesh Chand has worked in senior academic positions as ICAR National Professor; Professor and Head, Institute of Economic Growth, Delhi University; and Professor at Punjab Agricultural University, Ludhiana. Prof. Chand has been a Visiting Professor at the University of Wollongong, New South Wales, Australia, and at the Institute of Developing Economies, Chiba Shi, Japan. He has also been a consultant with international organisations such as FAO, UNDP, ESCAP, UNCTAD, Commonwealth, and World Bank.

Prof. Chand has chaired important committees on food and agricultural policies set up by various Ministries of the Government of India. He has served as India’s nodal officer for agriculture for SAARC for 7 years and represented the country in meetings of G20, UNESCAP.

He has been presented with the Jawaharlal Nehru Award (1984), Rafi Ahmad Kidwai Award (2006) of the Indian Council of Agricultural Research, and the Atal Bihari Vajpayee Award (2018) by the Indian Economic Association. 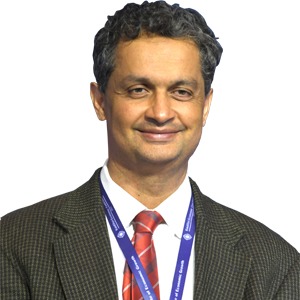 Chetan Ghate has been working as the Director of the Institute of Economic Growth (IEG). He did his Ph.D in Economics from Claremont Graduate University, California in 1999. He was a member of the Reserve Bank of India’s first Monetary Policy Committee, between 2016-2020, member of the Advisory Committee of the National Accounts System (ACNAS) in the Ministry of Statistics and Programme Implementation and he is currently an external affiliate of the Centre for Research in Macroeconomics and Macro-Finance at Swansea University (Wales, UK).

Professor Ghate has been a Professor of Economics at the Indian Statistical Institute (ISI), Delhi for over 19 years.