Abstract
The paper examines the formation of the middle class among Indian Muslims in terms of its size, social profile and cultural attributes. The re-structuring of the economy prompted a massive expansion of the middle class in India. The missing middle class among Muslims or its diminutive size has been a subject of discussion for long. Does the rise of a new middle class among Indian Muslims fill that long felt void? If so, to what extent does it differ from its earlier form in terms of its social composition and ideological orientation? Does it embody the middle caste ajlafs and the lowest, arzals thus suggesting a process of upward mobility? Since empirical studies have ascertained that a large section of the Indian Muslims is self-employed, do the new recruits into the middle class depend on self-employment and skills of entrepreneurship? A co-relation therefore is built between self-employment, caste based occupational pattern and opportunities that market driven economy has facilitated. Apart from probing the question, what constitutes the Muslim middle class, the paper studies the extent to which its cultural attributes and aspirations are incongruent with middle class standards and norms to make it a typically Muslim middle class. It draws from a variety of data sources–narratives, statistics and life-histories –to comprehend the route, process and impact of middle-class formation among Indian Muslims. Finally, it comes to argue that more than income levels and expenditures; it is social routes, networks and classificatory practices that should be critical to any sociological examination of the middle class.

To register for this event please visit the following URL: https://us06web.zoom.us/meeting/register/tZ0tcOquqjsqGdZ_C_-LEPWbWdGytRqbCGBu → 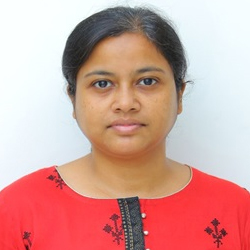